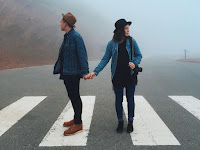 Mike Law, a pastor in Arlington, Virginia, is concerned the complementarian paradigm of female submission to male headship is in jeopardy. So much so, he sent an open letter/petition (with 1,100 signatures to date) to The Southern Baptist Convention's (SBC) Executive Committee requesting the Southern Baptist Constitution be amended to read that women may not be appointed as pastors of any kind. He even recommended that titles such as Women's Pastor and Children's Pastor be denied to women.

These guys are running scared.

As they should be. Complementarianism, the doctrine of female submission to male leadership in the church and home is unscriptural, and nothing less than religious extremism that endangers the spiritual, mental, emotional, and physical welfare of women and children.

Pastor and author, John Piper, says the practice of male headship should even extend into the secular workplace. He shames Christian men by saying that true biblical men could not tolerate subordinate positions to women. But if they will not or cannot change jobs, Piper offers advice on how men can keep the upper hand in such situations by perverting common courtesies. I write about this in my book.

In his open letter/petition, Law wrote that five SBC churches within a five-mile radius of his congregation had appointed women as pastors of various kinds, including Sr. Pastor. That means five out of six churches within his radius, are either egalitarian or possibly angling in that direction. And that has Law, along with at least 1,100 other SBC pastors terrified that God's created design of equality of the sexes and gender-autonomy might actually become the unofficial norm in Southern Baptist churches...which would eventually lead to an official change in doctrine/policy.

Law stated that he objects to women holding titles such as Co-Pastor, Worship Pastor, Discipleship Pastor, Women's Pastor, Children's Pastor, etc., as he considers it trading in the "Office of Pastor." He wrote that "Ushering women into the Pastoral Office in Southern Baptist Churches unsettles our Convention's unity."

The Convention's unity certainly needs to be unsettled, just as in the days when the Southern Baptists broke away from the Northern Baptists for the singular purpose of preserving chattel slavery in the south. The SBC was formed for that reason and that reason alone and preached from every pulpit that slavery was God's design. In the slaveholding south, the fight to protect that evil institution was called a "Glorious Cause."

The female submission/male headship movement, headquartered with the SBC [and disseminated from there to almost every other denomination], calls female submission, "God's Glorious Design." Sound familiar? They even use the same language as their slave-holding predecessors. And as the SBC finally issued a public denouncement of and apology for their support of chattel slavery, it is time for them to denounce and apologize for the gender-based Christian Caste System enforced within their churches and homes and promoted in their Bible colleges and seminaries.

Whether they will ever do that is doubtful. It is more likely another split will occur; it appears that many SBC churches are passively resisting, quietly disregarding their bigoted leaders, and appointing women to leadership positions anyway. And that's a good thing.