The Warrior Dash for ERA! 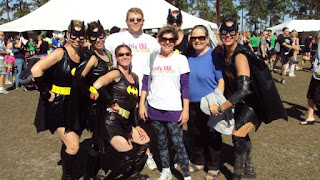 
Why is a 55 year old grandmother of nine planning to compete in a mud-crawling, fire-leaping, extreme run from hell?

I will be sludging through the murky waters of “Alligator Alley” in support of the Equal Rights Amendment, which simply reads: Equality under the law shall not be denied or abridged by the United States or by any State on account of sex….


Do I think I might win? Not likely, but I will happily dash down river in the “Rio Run” in support of Florida families who are cheated of over $4000 per year in income because many Florida wives and mothers still make only 72 cents on the dollar as compared to men.

Do I think I will finish? You bet. I will trudge through waste deep water and over the logs in the "Dead-Weight Drifter" in support of all American children who are sentenced to the custody of abusive fathers and given limited contact with, or even denied contact with, loving mothers because of gender bias in the family courts  (not saying that only fathers are abusive, but it is a fact that the majority of protective parents are mothers. 40 states have already identified gender-bias as a problem in family courts and are working to rectify it, but only an Equal Rights Amendment can really do that!)

I will gladly venture into unknown murky waters in the “Slithering Swamp” in support of every girl and boy who is living in an under-privileged home because their mothers do not receive fair salaries or career advancement opportunities simply because they are women.

I will joyously speed through hundreds of tires in “Knee High Hell” in support of the many retirement age women who must continue working or live in poverty because they were unable to pay enough into pension plans and social security due to equal pay laws not being enforced.

I will ecstatically scale my way through the thick palmettos in the “Palmetto Prison” in support of fair salaries and career advancement opportunities for women.

I will delightedly hustle up and over giant straw bales in “Hay Fever” in support of necessary protection from violence against women.

I will cheerfully maneuver over the cargo nets in the “Cargo Climb” in support of a Constitutional Amendment which will secure the birthright of equal treatment for male and female alike. Laws, state ERAs, and the 14th Amendment are no guarantee.

I will enthusiastically fight my way through the water and gale force winds in the “Treacherous Typhoon” in support of mobilizing, organizing, and publicizing the swelling need for an Equal Rights Amendment which is already in place in every nation created since WWII!

I will zealously sprint to the summit on “Hell’s Hill” in support of propelling society forward by unleashing the talent and energies of ALL people, working together for a civilized society.

I will eagerly leap over the warrior fires of the “Warrior Roast” to enhance the dignity of all humankind by proclaiming equality of women and men under the law in perpetuity.

And I will humbly scramble beneath barbed wire in “Muddy Mayhem” in support of every American citizen who does not have equality under the Constitution based on his or her sex. Both sexes should be mentioned in the U.S. Constitution which represents the citizens’ contract with the United States of America.

The U.S. must finally declare that regardless of one's sex, human beings are equal under the law 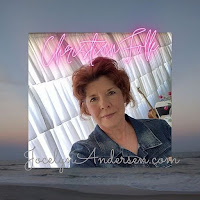