Do Single People Realize How Difficult Marriage Is? 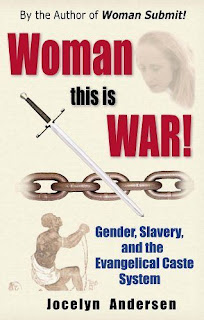 Do single people realize how difficult marriage is?

This question is asked by complementarians who often paint a truly dismal picture of marriage, without ever once pointing to the root cause of many failed Christian marriages, which is the complementarian theology of female submission to male headship.

Complementarian doctrine and not lack of effort is the root cause of much unhappiness in Christian marriages that lead to divorce.

Complementarianism is an unbiblical and ugly doctrine, camouflaged by romantic and flowery language. But why not call a spade a spade? The Bible says we can put a ring in a pig's snout, but it doesn't change the fact that it's still a pig. In the same way, complementarians spice up a truly unpalatable paradigm and spoon-feed it to the hungry masses.

The Bible says, To the hungry soul, every bitter thing is sweet.

Do all good relationships require effort? Of course they do. But why are Christian leaders agreeing with Muslims, Hindus, Mormons, and primitive cultures the world over, that autonomous adults are required by God to observe a gender-based hierarchy, all the while claiming to be different from the world but, in reality, when it comes to marriage and the "place" of women, are identical to it?

Most true-believing complementarians say marriage is very difficult. Why is this the case?

The male-headship paradigm of role-relationship is often the root cause of marital unhappiness. Wives are unhappy in unbiblical and unnatural subordinate roles, and husbands are unhappy because their wives find it so difficult to be submissive. The children of such unions grow up with an unbiblical sense of place that will certainly harm the healthy development of future adult relationships.

It is a fact that every professing complementarian is not a true believer in the doctrine, but to avoid shunning by their Christian communities (yes mainstream Christian communities do practice shunning, just not officially) publicly play the game while essentially practicing egalitarian autonomy in the privacy of their homes and in their everyday lives. This duplicity can confuse and developmentally harm children raised in such environments.

Prominent church leaders teach a divinely ordained gender-based-military-like hierarchy in marriage and in church leadership. Yet this hierarchy is the root cause in much of the unhappiness experienced by married couples and among church members.

Fraternization and hierarchy are mutually exclusive...always.

Church leaders should mind their own business and stay out of the business of controlling everyone else's marriages. The Bible has plenty to say about how Christians are to treat one another. There is no separate set of rules for Christians who happen to be married to one another.

Statistics prove the complementarian/male-headship/patriarchal model doesn't work, either in marriage or in church hierarchy. The vast majority of churches are complementarian, and what do we see? Statistics show church membership is down and professing Christians divorce at the same rates as non-Christians.

The model does not work.

As a result of the failure, we see a plethora of theories coming from complementarians to try and explain it while clinging for all they're worth to an unbiblical theology.

The only male that can claim headship is Jesus.  I write in detail about this in my book.

Complementarian marriages can "difficult" because the male headship model is unbiblical. Just because it "works" in some cases, does not make it of God. Alissa Wall, who left an extreme male-headship Latter Day Saint cult, wrote that polygamy indeed does "work" in some cases. Her mother was a happy sister-wife, but Alissa proclaimed that did not prove that polygamy was from God. No mainstream complementarian Christian disagrees with Alissa. But Christian complementarianism is no different. It's unbiblical and wrong. Just because some professing complementarians make it work and are happy, does not mean it is God's great design for men and women.

Complementarianism, male-headship, and patriarchy are identical. Taken to its extreme, patriarchy is dangerous and even deadly. At least one out of six Christian marriages experiences marital violence at least once. Three women a day die from domestic violence, which is a purely a gender-based crime exacerbated by male-headship teaching. And who is most responsible for foisting the doctrine of female subordination to male headship on the mainstream Christian community? The doctrine flows from the auspices of the Council for Biblical Manhood and Womanhood (CBMW).

According to every complementarian that speaks on the subject, marriage is difficult. In her book, Let Me be a Woman, the late Elizabeth Elliot wrote of the difficulty of marriage and said that married women often cry for no reason.

If a woman is bursting into tears, there is a reason, even if she refuses to admit the reason for it. Shame on Elizabeth Elliot and other complementarians for claiming women are irrational creatures who often cry for no reason.

The Bible does speak to singleness as being better for ministry, for both women and men. Unmarried Christians have more freedom to dedicate their time and attention toward God alone without responsibility towards a spouse. But everyone is not made for singleness.

The Bible also says two are better than one and a wife is a good thing.

Both singleness and marriage have their difficulties, but hierarchical leaders have placed marriage on a pedestal, introduced the complementarian paradigm [traditional-role-religion on steroids] that causes untold problems between spouses, all the while building a lucrative cottage industry purporting to solve the very problems they create.

All of life below Heaven is difficult. Jesus said, "In the world you will have trials, but be of good cheer, I have overcome the world."

Jocelyn Andersen
Jocelyn Andersen is an eclectic Christian writer and versatile speaker. She is a Bible teacher who writes and speaks on a variety of subjects including Bible prophecy, Christian response to domestic violence, and equality of the sexes. Her book, "Woman Submit! Christians & Domestic Violence," is a staple in the library of resources on the subject.