The Times and Seasons of God are Set and Pre-Appointed 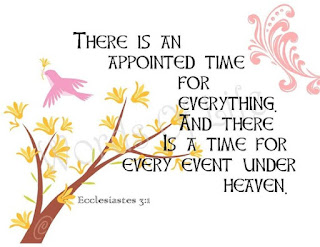 How that by revelation he made known to me the mystery as I wrote before in few words  Whereby when you read you may understand my knowledge in the mystery of Christ  Which in other ages was not made known to the children of humanity as it is now revealed to his holy apostles and prophets by the Spirit [that] Ethnos [the nations] should be fellow heirs and of the same body and partakers of his promise in Christ by the gospel [1]
Ephesians 3:3-6

[1] Centuries of racial prejudice against non-Jews, reinforced by the belief and practice of inequality in every ancient culture, were ingrained in the psyches of the Jewish people. And this despite the fact that the prophets had predicted the ethnos (nations) would one day be a part of the commonwealth of Israel Isaiah 11:10, Ezekiel 47:21-23, Joel 2:32.

That being said, the nations that will enjoy the common wealth of Israel during the first one-thousand years of Messiah’s Kingdom is not what Paul is writing of here. He is writing of the Body of Christ, which is an entity of its own. The Body of Christ was formed on the Day of Pentecost and will be on earth winning souls and making disciples during the long season of harvest the Feast of the Lord Shavuot foretells. That season will end with yet another harvest feast, Rosh Hashana (the Feast of Trumpets).

The Mystery of Christ is what happened on the Day of Pentecost when the Ekklesia came into being. The congregation of the Out-Called, the time of “Christ in You,” began when the Body of Christ was formed on the first day of the Feast of Shavuot (gentiles call it Pentecost). On that day Jews and gentiles become one Body. Details of this miracle were not made known to humanity in other ages. Joel wrote of it, but he had no clue what it entailed.

A focused study of God’s appointed times and seasons for humanity and the earth are in the book, Redemption: Bible Prophecy Simplified, A Study of HOPE. When God’s great redemption is understood, Bible Prophecy is neither complicated nor mysterious.

This is an excerpt from The Hungry Hearts Bible Commentary edited by this author. 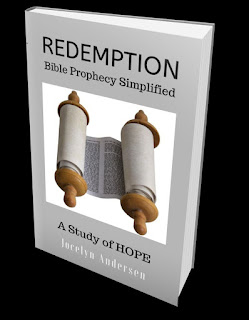 A focused study of the appointed times and seasons of God’s plan for humanity and the earth. When God’s great redemption is understood, Bible Prophecy is neither complicated nor mysterious.

What people are saying

“I have been studying Revelation, and this work has helped me in that study.” –David (GA)

"I have been a Christian for only one year. This study was very easy to understand and has strengthened the foundation of my faith.” –Jason (NJ)

It is not long and drawn out but simple, concise, and understandable. I was impressed with the positive reinforcement that God is a redemptive God who has made Himself known through His Word, and in these last days through His Son, Jesus. I appreciated the emphasis on The Holy Spirit being able to teach. I also like that the author weaves scripture throughout the writing. –Mona (MO)

I love how this all fits together so well! It totally disproves the idea that the Catching Up and the Second Coming are one and the same. –Samantha (USA)

Get a free pdf copy "Redemption..." by subscribing to Jocelyn's updates. After subscribing, find the contact form in the sidebar of this blog and request your copy using the email address you subscribed with.