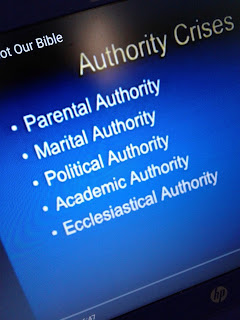 What perfect timing that my on-track Bible reading puts me in the book of Acts during this time-of-Covid, that has been so challenging to the Church.

This present distress has forced believers to re-assess the ways in which they walk-out their faith. The first believers had to do the same. Would to God we mimic their faith and courage.

Acts 4:1-2 And as they spoke to the people the priests and the captain of the temple and the Sadducees came upon them Being grieved that they taught the people and preached through Jesus the resurrection from the dead [1]

[1] Followers of Jesus have been a feared and outlawed sect from the beginning. He and his disciples (not just the twelve) threatened the status quo of the political-religious leadership of his day, just as true Believers still do today.

The move to create an official organization of the relationship-based “Out-Called” [the Ek-klesia] came early. Its purpose was entirely about control.

The moniker of “The Church” was placed in Bible translations referring to that organization which has been headed by Popes at the Vatican. After that, hierarchical protestant religions followed suit in the reformation. But even before that, in the third century, the Roman Emperor Constantine made a successful move to influence the people’s perception of the Body of Christ—the Ek-klesia—by creating a political-religious organization of it.

Jesus did not call his people “The Church.” That is just one example of God's people being influenced by hierarchical-English-translation-theology. He called the body of those who would follow him after his resurrection, the Ek-klesia, meaning the Out-Called.

In many states, counties, and cities, Christians have been forbidden to gather together during these trying times. Their leadership, especially those in hierarchical-based fellowships, have [sadly] provided examples of obeying man rather than God. Is that the example of the earliest believers?

Many Christian fellowships, today, are based on covenantal rule. And their leaders face a quandary, because the powers that be have forbidden many churches to hold services, or placed harsh restrictions on those that do. These leaders have trained their people so well to "Obey them who rule over you..." that when called upon choose between man's law or (in most cases these days) un-Constitutional mandates that order Christians to cease gathering together, they take the Bible out of context and choose man's law.

After all, we can meet online. Right?

We can, but for how long, and can the full practice of our faith--which includes the laying on of hands--be accomplished meeting only online?

Meeting online is not the solution.

At any rate, it hasn't worked very well in China. Just this year, the Communist Chinese regime not only shut down churches meeting via Zoom, but arrested the members. China still has an official Church, but the Body of Christ in China has been forced underground...again.

And unbiblical hierarchical Christianity does not work well in an underground church. Under Moses, God established a political-religious theocracy that continued even under Roman rule. But that ended with the cross.

This new thing, Jesus called the Ekklesia--the Out-Called, was not an organization. It was not based on any chain of command like that of the Old Covenant priesthood.

Rather, New Covenant leadership is based on gifts and callings, example and relationship. That is why Jesus made a point of telling his followers that where two or three of them were gathered together in his name, there he would be also. No quorum needed. No political-religious structure needed. No 501c3 with its hierarchical chain of command needed.

In fact, a 501c3 structure harms the Ek-klesia, as it incorporates [literally] a chain of command where none biblically exists. In creating such, the Out-Called Body of Christ is done great harm as a whole and is spiritually detrimental to those who believe they have been called to rule.

Do a Greek word study of the verses in Hebrews 13:7and 17. These are usually only read to believers when leaders want to keep their flocks in line. English-translation-theology renderings of these verses [in virtually every Bible version] are unfortunate. Below is a literal amplified reading:

Remember your [martyred] leaders who have spoken to you the Word of God whose faith mimic carefully considering their end [deaths] and manner of life…Have confidence in your leaders and yield [to their examples] because they watch in prayer over your souls as they must render a verbal report [of accountability of their teachings and your reception of any truth they taught] that they may bring it forth with joy and not grief because that would be unprofitable for you.

"If I then your lord and master have washed your feet You also ought to wash one another’s feet For I have given you an example that you should do as I have done to you...."

If this article has given you food for thought, please subscribe to my updates.

What about you? Has your fellowship and gathering together with other believers been challenged during this time-of-Covid? Have you had to make difficult choices? If so, what solutions have you found? What choices have you made? Please share in the comments below.