Many Feminists are Pro-Family & Pro-Life

Equality is a good thing, and I am issuing a call to conservatives who value equality--especially those who have media platforms--to refrain from equating anti-family and pro-death platforms with feminism, to stop calling every anti-family, pro-abortion platform, "feminist" agendas.


Many feminists are pro-family and pro-life, politically conservative people, and do not deserved to be lumped in with  groups that contradict their values.

Would it surprise you to know that the very first feminist was a Christian, and that most early feminists were Christians? 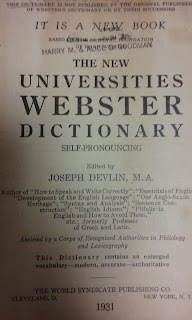 Feminism is simply defined as advocating for women full equality with men in all things.

That seems reasonable enough to the modern mind, but historically, the idea was bizarre, outlandish, and to many, utterly evil.

Most importantly, in understanding the extreme negativity attached to the word, it was a word originally defined by men who were violently opposed the very idea of  equality of the sexes. Women did not write and publish dictionaries at the time, nor did they have a say in defining the language, so naturally the word was coined and defined from a perspective that feminism was a cultish movement and a social evil.

The oldest dictionary this writer owns is the 1931 Universities Webster Dictionary which does not contain the word feminist at all but does libel feminism as a "cult."

Regardless of its actual meaning, most people associate the word "cult" with that which is evil, oppressive, dangerous, and false. And that was the bias deliberately infused into the word feminism from the very beginning.

Think about it. Definitions inform public opinion, and dictionaries are likely referenced by Christians even more than the Bible! Webster’s initial labeling of feminism as a cult, was a propagandizing stroke of genius! It was thought control, discrimination, and bias at its most effective finest.

One pro-family, 19th century, feminist claimed that had she known in advance of the fierce persecution she would endure because of her activism for the full equality of women with men, it is doubtful she would have begun her advocacy in the first place.

By 1943, in some dictionaries, feminism had been upgraded, somewhat, from a "cult" to a "doctrine." And  in 1955, the word "feminist" finally found its way into a dictionary. It was defined simply as: "One who advocates feminism."

Is it any wonder conservatives today, even if they support equality, are terrified of the words feminism and feminists? The propagandists have done their jobs well.

In 1955, the publishers of Webster's Unabridged Dictionary continued their hateful narrative,  discriminating against the very idea of equality of the sexes with their "cult" disinformation. (Webster's Complete Unabridged).

Keeping in mind that the word feminism was originally defined by men who opposed any semblance of equality of the sexes, it must be noted that the word has been deliberately biased, from the very beginning, with a hateful connotation that it did not in reality possess.

"THE FEMINISTS" narrative is pure propaganda that has been bought into--almost wholesale--even by those who support equality of the sexes.

It is time to stop perpetuating the lie (even unwittingly) that equality is evil.

An open and objective conversation about equality for women and men is impossible when the  words "FEMINISM" and "FEMINISTS" (words that mean nothing more than advocacy for full equality of men and women) are constantly used as a synonyms for every controversial agenda under the sun.

When speaking of the pro-abortion issue, I implore equality loving, pro-life, media commentators and reporters to call them for what they are, "pro-abortion  or pro-death supporters," and not, "THE FEMINISTS."

The groups that are so often derided as "THE FEMINISTS"  actually do little to nothing in advocating for women. So it is unfair to those who truly advocate for equality to lump them in with those who are not true feminists at all, but simply hitchhikers and hijackers of movement that began as a good thing and at its most basic, is still a good thing.


Equality is always a good thing

Conservatives, especially those of you who have pubic platforms and large followings, as influencers, I implore you to please stop referring to those in the political far left collectively as "THE FEMINISTS." When you do this, you effectively lump all supporters of full equality between women and men together. It is tragic disservice to those of us who are politically conservative, pro-life, pro-human, and pro-family, to lump us in with an anti-life anti-family agenda.

The practice of conservatives (even by those who support equality) of defining pro-abortion and anti-family far left  political platforms as "FEMINIST agendas," perpetuates an utterly false narrative.


And that is why it is wrong to label groups whose primary agendas are not equality of the sexes, as feminist groups. Call them by whatever their primary agenda is. But please stop slandering conservative, pro-life, pro-family advocates of equality by painting all feminists with an outdated, uneducated, and biased, broad brush.

Woman this is WAR! Gender Slavery and the Evangelical Caste System, chronicles the Christian roots of the women's rights movements, as well as the role of church leadership in suppression of  both women's rights and the historical record of Christian initiatives in the movements. Many of the same arguments used to support institutionalized slavery are still used today in suppressing the rights of Christian women through the complementarian movement. This book, is an excellent resource for all who desire an in-depth study of the history of gender equality from a Christian perspective.
Posted by Jocelyn Andersen