Q & A With Jocelyn About, "Gender, Slavery, and the Evangelical Caste System" 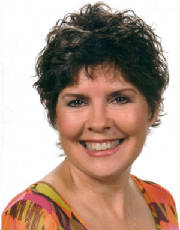 What is Woman this is War! about? The book is about change. In many homes and churches, women are treated as second class citizens. This is not only unchristian and unbiblical, but it is unhealthy and dangerous. It is emotionally and spiritually detrimental to all involved—including men and boys—and sometimes physically dangerous to women and girls.

Can you elaborate on that statement? Yes. How can it be healthy when Christian leaders call men who love their families but have no desire to be the boss, "wimps." And when prejudice against women is encouraged as Christians are taught that the underlying motive in the heart of every woman is to dominate men? This is taught by the Council for Biblical Manhood and Womanhood [CBMW] and is posted on their website.

Additionally, studies show that aggression and violence against girls and young women is increasing among young boys and college age young men. This has been connected with strongly held gender-role beliefs. Tragically, in America, mainstream Christianity is the primary propagator of this harmful paradigm.

Complementarian teachings, pit husbands and wives against each other and often interfere in what otherwise might be happy marriages. Female submission teaching creates problems complementarian leaders then purport to solve. Thus, a thriving industry has been created for complementarian authors, speakers, and conference organizers, generating millions of dollars for those claiming to solve the very problems their doctrine creates!

You sound like a feminist; isn't feminism opposed to Christianity and biblical teaching? The definition of feminism has evolved over the years but at its most basic is simply "advocating for social and political equality (and personal autonomy) for women." There is nothing inherently evil about that.

Language plays a dominant part in defining cultural attitudes. The earliest definitions of the word "feminist" were drafted by men in the 1930's. These men were hostile to the idea of female autonomy and equality between women and men, and this hostility was embodied in the wording of their very first definitions. In most conservative and complementarian circles, that hostility still exists when the word “feminist” is used. it doesn't help when social issues that have nothing to do the actual subject of gender equality and autonomy are labeled as "feminist" issues. Webster's Dictionary first defined feminism as “propaganda,” the “cult” of advocating for social and political equality for women. Is it any wonder there is suggest a negative connotation associated with the word?

The current practice within mainstream Christianity and conservative circles, is to call all manner of social issues, "Feminist” agenda’s, making female autonomy and equality of the sexes sound evil and dangerous. Various groups, such as pro-abortion and gay rights groups—that have nothing to do with feminism—are lumped in with feminism and labeled as “feminist groups.” These groups should be called by the issues they promote rather than connecting them with the completely separate issue of women's autonomy and equality of the sexes.

It is primarily the original smear on the very idea of female equality, embodied in the first definitions of the word "feminism" and then later the word "feminist," that lies at the root of the negativism and stigma still attached to the word today.

There is no evidence that biblical feminism is a spin-off of secular feminism. The two cannot be connected in any way. I document this in my book, and anti-feminist author, Mary Kassian, admits as much in her book.

It is a sad fact that Christian historians and authors have ignored and even grossly misrepresented significant Christian initiatives in the many movements for the autonomy of women.

Christian women and men have been instigators in the various historical movements for women's rights from the very beginning. For instance, four of the five women who organized the Seneca Falls Woman's Rights Convention in 1848, were Quakers. Christian involvement in women's rights spans oceans, continents, centuries, and can be traced to the very first feminist in the 17th century, who was a Christian. I write about her in my book.

Christian women and men have a rich heritage in advocating for equality of the sexes; and it is a heritage we should be proud of.

What about women in the Church? The teaching that men should lead and women should follow cannot be found in scripture. In fact, there are scriptural examples of men following women. The complementarian prohibition against women teaching or leading men, cannot be substantiated in either the Old Testament or the New. It has no scripture to stand on. In Woman this is WAR!, I cover this in detail. No one volume can claim to address everything within a subject, but my work is as thorough a theological treatise as can be fitted within the pages of a 282-page book.

This is a contentious subject. Shouldn’t women just drop it and yield to male leadership for the sake of peace and order? No. Only autonomy and equality—in both essence and function—promotes true peace. In God’s order, liberty and autonomy are not gender-based and are commanded for all of his human creation. Insisting on gender-based hierarchy is unbiblical and sinful. No Christian should yield to sin. If refusing to submit to sin disturbs the peace, the fault lies with those exhibiting the sinful behavior—not by those refusing to submit to it.

Regarding women, your title accuses the church of aligning itself with caste and slavery. How can this be justified? It is justified because it is true. Mainstream Christianity has historically taught [and currently teaches] that women are born into subordination for the simple fact they are female. Complementarianism teaches there is nothing a woman can do to rise above the fact of her birth. This is caste.

Before the Civil War and Civil Rights, the societal position of African Americans can only be described as caste. The color of their skin dictated their position in life, how high they could rise [and no further]. That position was inviable, unchangeable. That is caste.

I spoke with a young complementarian who, shockingly, still believes God mandated chattel slavery! In the book, I draw many parallels between the attitudes of 19th century slaveholders and those of 21st century traditional-role-religionists and complementarians.

Today, in many churches, women are told they are born into a certain “role” (caste), and nothing can change that. They are told it is by God’s design, and to chafe against it is to rebel against God himself.

It sounds like you cover a great deal of historical background in your book: Yes, Woman this is WAR! is a treasure trove of historical information relevant to the contemporary issue of complementarianism and should be of interest to anyone researching not only the Christian and historical aspects of the various women's rights movements but also black history.

Some prominent figures in the movement for women's rights were former slaves. Also, many African Americans who played prominent roles in facilitating freedoms we enjoy today were devout Christians. I write about these in Woman this is WAR!

How would this book benefit non-Christians? The historical aspects, of course. But also, the issues exposed in Woman this is WAR! do not affect just Christians. Religious misogyny (not just Christian) held by judges, politicians, employers, teachers, and others demands to be expressed, and it does so in court case rulings, legislative voting, when hiring and doling out job raises and promotions, and with treatment of female students. Although this book does not deal with these particular issues [or other religions besides Christianity] in detail, it is a fact that regardless of religion, the sacred beliefs of people in authority or positions of influence, can pose a danger to the human rights of women and girls due to strongly held convictions about gender roles. We see this in all religions, including Judaism, Christianity, and Islam. 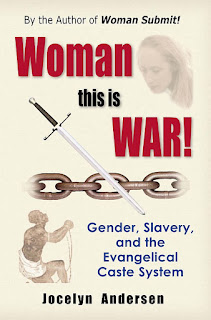 What readers are saying:

What readers of Woman this is WAR! are saying:

"This book is well written, well researched, and a real eye opener."

"Andersen is a gifted writer, and the book was easy to read even as it covers thoughtful and sometimes technical information. I am glad I read it. I’ve read a great deal about women in the church and home, and it is easy to think there is nothing new to be learned or considered – but this book has a unique approach and covers aspects overlooked by others. Everything is well documented with footnotes in case you have questions or want sources."

"The author is not only a gifted writer but clearly well-studied and informed."

" I was pleased that translation bias was covered in a chapter, an issue that needs to be addressed, and one that I find quite hard to bring up with lay people or everyday believers who lack knowledge about Bible translation. We can trust our Bibles, but we also need to acknowledge that certain passages are difficult to translate, and bias can come into play." 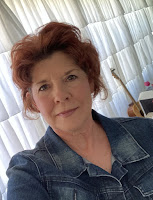 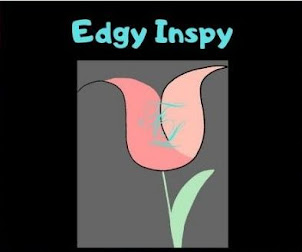