What Changed My Life 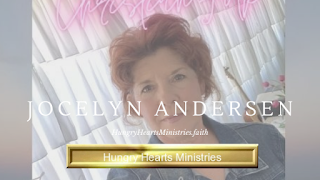 "I was finished with God, Jesus, Heaven, Hell, Christianity, and anything that had to do with it.
God truly found me at a time when I was not looking for him..."
I was only six years old the day I decided I wanted to belong to Jesus Christ .I went home feeling a sense of euphoric joy at what had happened that morning. A sense of joy that was not to last...
I don't remember the sermon topic. Theology wasn't a concern at the time. I only knew that when the Pastor gave the invitation to "join the church," I wanted to. And as he counseled with me and prayed with me, my six-year-old faith connected to God through belief in his resurrected Son, and I knew that something special had happened to me.
I would like to say that I was faithful to God after that, but I wasn't always.
My Mother made sure we were at Church almost every Sunday, and I said my prayers at night, sometimes. But I never made Jesus a real part of my life. I had no idea how to do that.
As an adolescent, I went my own way and stopped going to Church altogether.
A fear of dying and going to hell descended on me and stayed there for the next thirteen years. The only thing I knew about being a Christian was that you were supposed to go to Church and live a certain way, and I didn't want to do that. To be perfectly honest; church bored me.
As a young adult, I began living a lifestyle that I could not reconcile with my conscience and with what I had been taught in Church and in Sunday School through-out my childhood.
In 1979 I couldn't bear the guilt and fear any longer, and I decided I did not want to believe in hell anymore.
The only logical way that I could accomplish that, was to stop believing in God.
I know it sounds ridiculous, but I was very serious about it. I reasoned with myself that if the scriptures were true and there was a God, then there surely was a hell, and in spite of my profession of faith at age six, I was certain I was going there.
I could not think of a single reason why I should be granted eternal life when I died. I didn't understand that it was faith in what Christ did and not my own good works that saved me.
I will never forget the first time I announced to another person that I did not think I believed in God. The words shocked us both. But nothing awful happened, and I was encouraged to pursue my goal of becoming an atheist..
Between 1979 and 1981 I worked very hard at it. Sometimes, during the day with all its distractions, I was somewhat successful. But at night, when the silence descended, I could not squelch the conviction of the Holy Spirit that the scriptures were true and God was real.
In 1981 I was invited to go to church with some friends and family, and I went. I did not go to worship God that Sunday morning. My goal was to discount everything the preacher said and prove that Christianity was a myth and a crutch for weak-minded people to lean on.
I successfully (to my own satisfaction) shredded everything the preacher said that morning. I sat through the songs, prayers, preaching and alter call, untouched emotionally or spiritually. I walked out of church unchanged and very satisfied with myself.
I went back again the next week. I knew that if I could sit through one more sermon and alter call unmoved, as before, that I would be free, forever, from this Christianity that I found so tormenting.
I planned on walking away from God that morning and never looking back.
I sat down on the very back pew; the one closest to the exit, and waited for the service to begin. The congregation stood up, said a few prayers and sang a few hymns, then sat down.
I felt nothing - so far so good.
Then, the preacher (who did not know me) raised his arm and pointed his finger directly at me and thundered the first words of his sermon.
"And God gave them up!"
When he uttered the last word of that sentence, something seemed to come out of the end of his finger and slam straight into my heart. In that moment all my atheistic defenses were shattered, and I became acutely aware of the existence of my God and Savior Jesus Christ.
Immediately I cried out to him in my heart. I told him that I knew he was real, that I was sorry for ever denying him. I don't remember anything else the preacher said that morning, but I was the first one to reach the alter when he finished preaching.
I picked up my Bible that very afternoon and began reading the New Testament book of Matthew. I have been reading my Bible daily for over thirty-five years now. I read my Bible straight through, over and over, always picking up today, where I left off yesterday.
It has changed my life.
It took me almost twenty years to pick up where I left off when I was six, but I know that God allowed a little child to come to him, and then held on to her and mercifully revealed his awesome presence, even as she tried with all her might to deny him.