How widely diverse Believers can and must practice love and unity 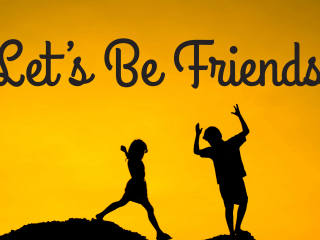 We know it is possible for widely diverse believers to practice love and unity, because God commanded it, and he would never command anything that could not be obeyed.

Individual Believers can recognize one another as being part of the same body, even if we do not attend the same church or denomination. We can acknowledge that we are all living stones in God's building.

God's building is built without hands, and Jesus is the Chief Cornerstone of that building. As part of God's building, all the rest of us are connected through Jesus the Cornerstone to one another.

It is interesting that the Spirit of the LORD, speaking through the prophets, used a building metaphor, “corner,” in reference to the headship of Christ the Head [kephale] of the Corner [Chief Cornerstone]. Jesus himself also spoke of this.

No one doubts that Messiah is the kephale of the corner, but how many understand what the corner itself is and what this has to do with how widely diverse believers can walk in love and unity with one another?

The Middle Eastern believers of the early church understood perfectly the meaning of the word kephale usually translated as cornerstone. It is only modern day English readers who usually do not.

When a building metaphor is used explaining that Messiah is the kephale of the corner, it means that Christ is the Chief Cornerstone in a building.

The word “corner” (in this case) means angle. Builders know what angles are. The Strong’s Greek Concordance defines the word translated as corner (G1137) as, “an external or internal angle or corner…”

Most buildings have corners (angles), but there is only one structure on earth that sports a primary angle. That is a pyramid. And within that singular and unique structure, there are many angles but only one primary angle.

The primary angle, the head of the corner, the capstone, is an angle that links directly with every other angle within the structure. That means every angle within said structure must originate and flow from a single angle. That single angle is the chief angle--the chief cornerstone. We know it better as a capstone.

This is not a concept; it is a structural fact of engineering, and is critical to every believer in understanding the relationship between Christ, the Capstone, and every other member of His Body. The Ekklesia is the Body of Christ. And the Church of the Living God is scripturally described as being God’s building.

All believers are connected with one another.

1 Corinthians 3:9 says, “For we are laborers together with God you are God's field, God's building.”

The Church of Christ is described as a building that is built of living stones with Jesus Himself being the Chief Cornerstone, the Capstone.

A pyramid is a foursquare structure whose many angles (corners, cornerstones) flow upward to finally connect in a direct, unbroken, line to only one stone with four corners that unite the entire structure into a one-of-a-kind unity found nowhere else on earth.

In Christ’s building—His Body—the relationship of cornerstones to capstone is identical, but the sequence is reversed. The foundation of God’s Church is laid at the top, with the primary angle, the capstone (chief cornerstone)—who is Christ himself—being laid first.

God’s building is built from the top down, with each successive stone united directly with Jesus, who is the life of the entire building.

The uniting factor between each member of Christ’s body and their God is Christ Himself who forms a living fellowship between himself and all believers in a personal, individual, way. This is made possible by the indwelling of the Holy Spirit—not by any man-made organization, theology, or hierarchy.

Jesus Christ is the kephale (Head) of the Corner--the Capstone-- of the Church of the Living God. In Him we live and move and have our being. In Him, Believers are connected to God and to each other.

Peter 2:4-6, “To whom coming as unto a living stone rejected indeed of humanity but chosen of God and precious You also as living stones are built up a spiritual house a holy priesthood to offer up spiritual sacrifices acceptable to God by Jesus Christ Wherefore also it is contained in the scripture Behold I lay in Sion a chief corner stone elect precious and they that believe on him shall not be confounded.”

Isaiah 21:16 “Therefore thus says the Lord GOD Behold I lay in Zion for a foundation a stone a tried stone a precious corner stone…”

1 Timothy 2:5 only one mediator between God and all people.

Every stone in God’s building is connected directly to Christ himself—not to someone else who mediates for us by connecting us to Christ.

The Church of Jesus Christ has many cornerstones, and we may not all agree theologically beyond the fact that for God so loved the world he gave his only begotten Son that whosoever believes on Him will have everlasting life.

Beyond that, we must strive for the unity of the Spirit, which never includes uniformity of every nuance of doctrine. So we'd better figure out how to accept as brethren true believers who hold to various theological perspectives, that we may not.

Email ThisBlogThis!Share to TwitterShare to FacebookShare to Pinterest
Labels: Unity