Shattered expectations and tragic mistakes drag a couple through the trial of their lives.

When Beth discovers that Phil, the man she loves, is not who he says he is, she flees New York without telling him she’s pregnant.

A year after their daughter, Melissa, is born and given up for adoption, Beth learns an awful truth that forces her to return to New York and face the father of her child.

Phil is moving on with his life, striving to forget his love for Beth, when she suddenly reappears with shocking news. He will do anything to rescue the daughter he did not know existed, but can he ever forgive Beth for what she’s done?

Can Beth and Phil rediscover the love they once shared, while Melissa’s Fate hangs in the balance?


I was thrilled and privileged to be given an advance review copy of Melissa's Fate as a beta reader. I loved the well rounded characters with strong clear voices, so realistic I could see and hear them. I was intensely interested in how things turned out for Beth, Phil, and Melissa, so much so, that I read the book in one day. I literally could not put it down!

I whole-heartedly recommend this exciting read by Diane Yates.  It is an edgy, gritty but wholesome, contemporary and inspirational romance that will satisfy both plot driven and character driven book lovers. 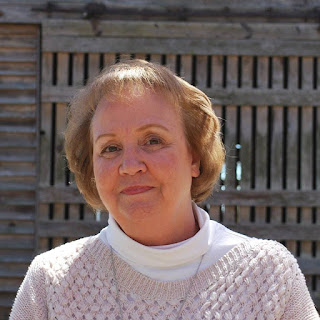 Diane Yates, a Christian-Fiction writer, is the author of two biography/memoirs, Pathways of the Heart and All That Matters. She has served two terms as President of Ozarks Writers League and is a member of American Christian Fiction Writers and the Columbia Chapter of the Missouri Writer's Guild. She and her husband, Rick, work in youth and adult ministries in their church, where she writes plays and skits as well as Sunday School curriculum and Bible studies. She has three children and eight grandchildren who are the crown of her life.
Posted by Jocelyn Andersen